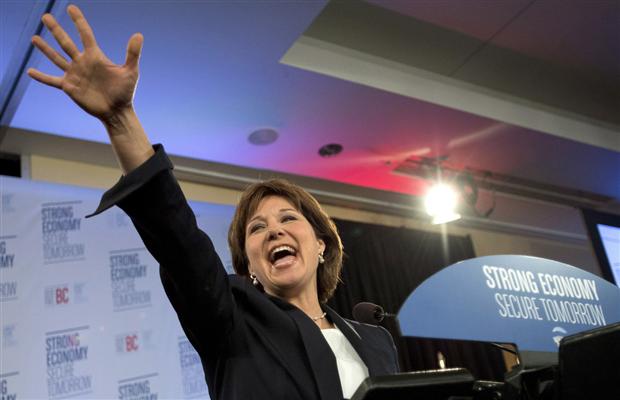 CALGARY – Oil pipelines to the West Coast may have a better chance of being built with the Liberals hanging on to power in British Columbia than had the New Democrats won Tuesday’s election.

But, observers say the odds for Northern Gateway and the Trans Mountain expansion moving ahead are still rather slim.

Warren Mabee, a professor at Queen’s University, says the Liberals’ support for pipelines is highly conditional and doesn’t amount to a “green light.”

He says, to his knowledge, B.C. Premier Christy Clark’s five conditions have not been met by Enbridge Inc. (TSX:ENB), the company planning to build Northern Gateway.

And Mabee says disagreements between Clark and her Alberta counterpart, Alison Redford, over sharing the economic benefits of the pipelines remain unresolved.

Eric Swanson with anti-pipeline group the Dogwood Initiative says the B.C. government is just one player in the pipeline debate, and with First Nations and municipal governments remaining staunchly opposed, the projects still face an uphill battle.