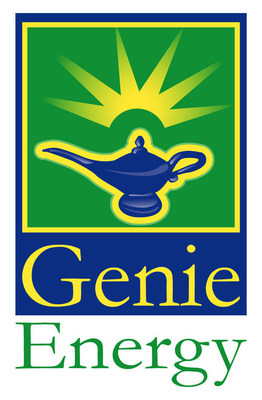 COMMENTS OF HOWARD JONAS, CHAIRMAN AND CEO OF GENIE ENERGY
“GRE racked up another strong quarter, including a significant expansion of its customer base and geographic footprint through the acquisition of Town Square Energy.  GRE’s revenue, income from operations and Adjusted EBITDA all increased substantially compared to the year ago quarter. For the full year, GRE greatly improved its bottom line performance, generating $26.5 million in income from operations compared to $11.1 million in 2015.  In Israel, our Afek Oil and Gas subsidiary will soon begin drilling an exploratory well in the northern portion of our license area where the geology may be more favorable to the development of mature hydrocarbons.

“Genie Energy’s Board of Directors has raised the quarterly dividend on our common stock to $0.075 in light of our retail energy business’s continued robust performance and positive outlook as well as the sharpened focus of our oil and gas exploration effort in northern Israel. These developments have enhanced our free cash flow generation and, in combination with our strong and liquid balance sheet, position us to return more cash to our stockholders even as we explore new growth opportunities.”

DIVIDEND ON GENIE ENERGY COMMON STOCK
On March 7, 2017, Genie Energy’s Board of Directors declared a 4Q16 dividend of $0.075 for the holders of Class A and Class B common stock of record on March 20, 2017.  The dividend will be paid on March 24, 2017.  The ex-dividend date will be March 16, 2017. The distribution will be treated as an ordinary dividend for income tax purposes.

GENIE ENERGY NAMES MICHAEL STEIN AS CHIEF OPERATING OFFICER
The Board of Directors of Genie Energy has appointed Michael Stein as the company’s Chief Operating Officer. In addition to his new responsibilities, Mr. Stein will continue to serve as Chief Executive Officer of Genie Retail Energy, a position he has held since May of 2015.

Genie Retail Energy – 4Q16 and Full Year 2016 Results of Operations
Genie Retail Energy’s RCEs increased from the prior quarter’s end to 283,000 at December 31, 2016, while meters served increased to 412,000.  The increase was primarily due to the impact of the TSE acquisition in November 2016 which more than offset organic decreases in REC’s and meters at the other brands. At December 31, 2016, TSE accounted for approximately 51,000 electric RCEs and 44,000 electric meters.

As in prior quarters, GRE generated all of the Genie Energy’s revenue and gross profit.

Gas sales in 4Q16 increased to $10.1 million from $7.3 million in 4Q15 on higher consumption per meter and increased average revenue per therm sold.

Full year 2016 revenue was $212.1 million, a slight decrease from $213.1 million in 2015 as an increase in electricity revenue was narrowly offset by a decrease in gas revenue.

Natural gas revenue decreased to $31.0 million in 2016 from $40.8 million in 2015 as both average revenue per therm sold and therms sold declined.

GRE’s gross margin percentage in 4Q16 was 28.3% compared to 34.8% in 4Q15.  The gross margin on electricity sales declined from 39.3% in 4Q15 to 27.1% in 4Q16.  The average revenue per kilowatt hour sold declined even as the underlying commodity cost increased reflecting intensification of competition in key markets, and an increase in the proportion of customers on plans with fixed rate characteristics.  The gross margin on natural gas sales more than doubled from 15.8% to 31.9% over the same period mostly due to an increase in average revenue per therm.

The NY PSC has also undertaken a broader examination of the role played by REPs in retail energy markets which may result in additional restrictions on REP operations in New York State.  In July 2016, a New York court struck down key provisions of a NY PSC order barring REPs from serving any customer unless their price was equal to or below the incumbent utility provider’s price except where the offering met certain renewable energy requirements.

In April 2013, the Israeli Ministry of Energy and Water awarded Genie Energy’s Afek Oil and Gas subsidiary an exclusive, three-year, petroleum exploration license covering 396.5 square kilometers in the southern portion of the Golan Heights in Northern Israel. The license has now been extended through April, 2018.

Afek has completed drilling five exploratory wells in the southern portion of its license area.  Analysis of the results confirms the presence of a consistent and substantial resource of early-stage maturated organics, primarily bitumen and heavy oil.

Afek is preparing to drill a sixth exploratory well, Ness 10 which will be the first well located north of the Sheikh-Ali Fault.  Reprocessed seismic and other data indicate that the source rock that contained the resource in the southern portion of the license area extends north of the fault, but at significantly greater depths than in the southern portion.  The planned drilling at Ness 10 seeks to confirm the presence of organics at the site and to determine whether the geological conditions necessary to convert early-stage maturated organics to light crude are present.

Also in Israel, Genie Energy’s newly formed drilling services subsidiary, Atid Drilling, is proceeding to purchase the rig utilized to drill Afek’s exploratory wells. Atid will be conducting the drilling of Ness 10 following the successful completion of a water well for Mei Golan, the water authority cooperative in northern Israel.

Afek’s loss from operations in 4Q16 was $2.0 million compared to a loss from operations of $2.4 million in 4Q15.  The year over year improvement primarily reflected the reduction in exploration expense.  Adjusted EBITDA in 4Q16 was negative $1.9 million compared to Adjusted EBITDA of negative $2.4 million in 4Q15.

GENIE ENERGY EARNINGS CONFERENCE CALL
This release is available for download in the “Investors” section of the Genie Energy website (www.genie.com/investors/investor-relations) and has been filed on a current report (Form 8-K) with the SEC.

At 8:30 AM Eastern time today, March 8, 2017, Genie Energy’s management will host a conference call to discuss financial and operational results, business outlook and strategy.  The call will begin with management’s remarks followed by Q&A with analysts and investors.

Investors can sign up through the Genie Energy website http://genie.com/investors/email-alerts/ to have earnings releases and other press releases emailed directly to them.

In this press release, all statements that are not purely about historical facts, including, but not limited to, those in which we use the words “believe,” “anticipate,” “expect,” “plan,” “intend,” “estimate, “target” and similar expressions, are forward-looking statements within the meaning of the Private Securities Litigation Reform Act of 1995.  While these forward-looking statements represent our current judgment of what may happen in the future, actual results may differ materially from the results expressed or implied by these statements due to numerous important factors, including, but not limited to, those described in our most recent report on SEC Form 10-K (under the headings “Risk Factors” and “Management’s Discussion and Analysis of Financial Condition and Results of Operations”), which may be revised or supplemented in subsequent reports on SEC Forms 10-Q and 8-K.  We are under no obligation, and expressly disclaim any obligation, to update the forward-looking statements in this press release, whether as a result of new information, future events or otherwise.

In addition to disclosing financial results that are determined in accordance with generally accepted accounting principles in the United States of America (GAAP), Genie Energy also disclosed for the full year and fourth quarter of 2016, as well as for comparable periods, Adjusted EBITDA, which is a non-GAAP measure. Generally, a non-GAAP financial measure is a numerical measure of a company’s performance, financial position, or cash flows that either excludes or includes amounts that are not normally excluded or included in the most directly comparable measure calculated and presented in accordance with GAAP.

Genie Energy’s measure of Adjusted EBITDA consists of gross profit less selling, general and administrative expense, research and development expense, exploration expense and equity in the net loss of AMSO, LLC, plus depreciation, amortization and stock-based compensation (which are included in selling, general and administrative expense). Another way of calculating Adjusted EBITDA is to start with (loss) income from operations, add depreciation and amortization, stock-based compensation and the write-off of capitalized exploration costs, and deduct the gain from the consolidation of AMSO, LLC.

Management refers to Adjusted EBITDA, as well as the GAAP measures gross profit, (loss) income from operations and net (loss) income, on a segment and/or consolidated level to facilitate internal and external comparisons to the segments’ and Genie Energy’s historical operating results, in making operating decisions, for budget and planning purposes, and to form the basis upon which management is compensated.

Although depreciation and amortization are considered operating costs under GAAP, they primarily represent the non-cash current period allocation of costs associated with long-lived assets acquired or constructed in prior periods. While Genie Energy’s oil and gas exploration business may be capital intensive, Genie Energy does not expect to incur significant depreciation or depletion expense for the foreseeable future. Genie Energy’s operating results exclusive of depreciation and amortization is therefore a useful indicator of its current performance.

The write-off of capitalized exploration costs, which is a component of (loss) income from operations, is also excluded from the calculation of Adjusted EBITDA. The write-off of capitalized exploration costs is primarily dictated by events and circumstances outside the control of management that trigger an impairment analysis. While there may be similar charges in other periods, the nature and magnitude of these charges can fluctuate markedly and do not reflect the performance of Genie Energy’s continuing operations.

Adjusted EBITDA should be considered in addition to, not as a substitute for, or superior to, gross profit, income (loss) from operations, cash flow from operating activities, net income (loss), basic and diluted earnings (loss) per share or other measures of liquidity and financial performance prepared in accordance with GAAP. In addition, Genie Energy’s measurements of Adjusted EBITDA may not be comparable to similarly titled measures reported by other companies.