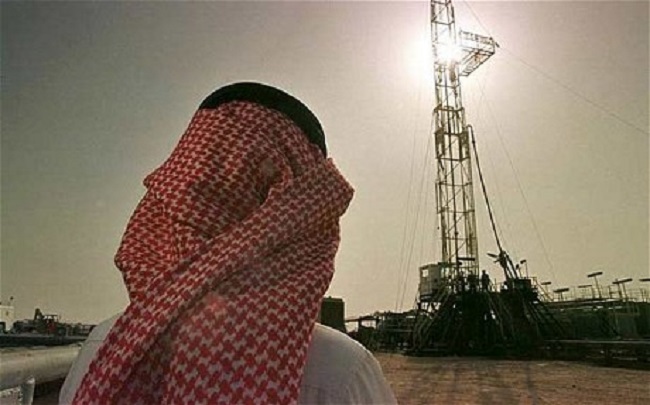 Saudi Arabia is increasingly unable to control the global oil supply because of rising energy production in the U.S., Russia and Iran.

“Saudi Arabia is under extraordinary pressure both internally and externally,” Dr. Jean-Marc Rickli, a risk analyst at the Geneva Centre for Security Policy, told The Wall Street Journal.

The world’s biggest crude exporter is conceding ground to its rivals to enact a steep oil production cut to prop up the low global price of oil. This is causing the Kingdom to rapidly lose market share and influence over other OPEC members.

The Saudis convinced OPEC to cut production to raise prices, but OPEC countries can’t cope with low crude prices and already appear to be cheating to balance their national budgets. Such cheating keeps oil from rising, further weakening Saudi control over OPEC.

“Saudi Arabia is losing its grip on big oil markets it once dominated amid a deep production cut that has reshaped global petroleum trade routes and benefited rivals like Iran, Russia and the U.S,” an anonymous source familiar with Saudi oil policy told WSJ. “To stomach a steep production cut aimed at putting a floor under oil prices, the world’s biggest crude exporter is conceding ground to American shale producers and hastening a retreat from the U.S.”

The Saudis low grade conflict with Iran has encouraged that country to ramp up its own oil production to restore its revenue. Saudi Arabia and three other Sunni nations have already cut diplomatic ties with Iran and have been trying to prevent Iranian oil from reaching the global market.

Though Saudi Arabia can likely handle cheap oil better than other OPEC countries, it is expecting a budget deficit of $140 billion– roughly 20 percent of the country’s economy. When compared to 2013’s surplus of $48 billion, the fiscal outlook for the country looks so dire, causing the International Monetary Fund to warn it could go through its fiscal reserves within five years. Saudi oil export revenues dropped 46 percent in just a year and the country is selling bonds for the first time since 2007.

Meanwhile, U.S. oil production is continuing to increase, which edges the Saudis out of the lucrative U.S. oil market. In 2007, America imported about 60 percent of its oil, but by 2014, the U.S. only imported 27 percent of its oil — that’s the lowest level since 1985, according to government data. This rising oil production has reduced demand for Saudi oil abroad too, keeping prices low.

The U.S. Energy Information Administration expects oil production to top nine million barrels a day in 2017. The U.S. surpassed both Saudi Arabia and Russia in 2015 as the world’s largest and fastest-growing producer of oil.