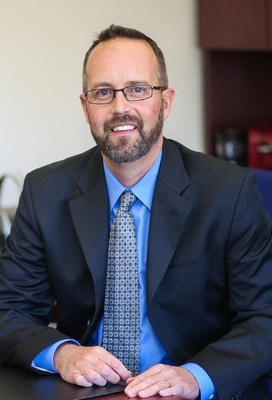 “We are very pleased to announce the promotion of Karl to President and CEO of FortisAlberta. Karl's unwavering commitment to customer service and to fostering strong relationships with all of FortisAlberta's stakeholders will allow the Company to build on the success it has achieved under the leadership of Phonse Delaney,” says Tracey Ball, Chair of FortisAlberta's Board of Directors.

Mr. Bomhof joined FortisAlberta in 2006 and has held successive executive positions with the Company since becoming its General Counsel in 2010. Prior to becoming President and CEO, Mr. Bomhof was the Vice President, Corporate and Customer Service and in that role he had accountability for the Company's relationships with its customers and key stakeholders, including government and other public agencies. His Corporate Service responsibilities also included oversight of Human Resources, Corporate Communications, Legal Affairs and the Corporate Secretariat. Mr. Bomhof began his career with FortisAlberta as Corporate Counsel before taking on progressively wider responsibilities with the business. Before joining FortisAlberta in 2006, Mr. Bomhof had practiced law for more than 10 years at two large corporate law firms in Calgary. Mr. Bomhof earned his Bachelor of Laws from Dalhousie University and his Bachelor of Arts from the University of British Columbia.

FortisAlberta is an electric distribution company that owns and operates more than 60 per cent of Alberta's total electricity distribution network. The Corporation delivers safe and reliable electric distribution service to approximately 550,000 customers in 200 communities across central and southern Alberta. FortisAlberta is a wholly-owned indirect subsidiary of Fortis Inc., a leader in the North American regulated electric and gas utility business, with total assets of approximately $48 billion and fiscal 2016 revenue of $6.8 billion.