CALGARY, July 13, 2017 /CNW/ – Questerre Energy Corporation (“Questerre” or the “Company”) (TSX,OSE:QEC) announces that all matters presented for approval at its annual and special meeting of shareholders held on June 20, 2017 (the “Meeting”) have been approved. 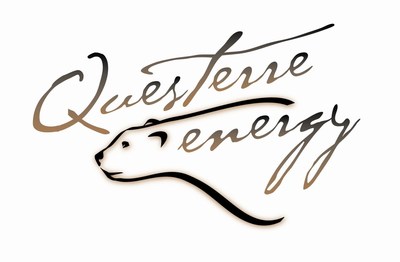 At the Meeting, by vote by way of a show of hands, an ordinary resolution to fix the number of directors to be elected at the Meeting at six (6), was approved.

In addition, each of the six nominees proposed as directors and listed in the Company's management information circular dated May 15, 2017 (the “Management Information Circular”) were elected as directors to hold office until the next annual meeting of shareholders or until their successors are duly elected or appointed, unless their office is earlier vacated in accordance with the By-Laws of the Company.  The detailed results of the vote conducted by ballot are set out below:

By vote by way of a show of hands, the ordinary resolution to approve the appointment of PricewaterhouseCoopers LLP, Chartered Professional Accountants, as the auditors of the Company to hold office until the next annual meeting of shareholders or until their successors are appointed and authorizing the directors of the Company to fix their remuneration, was approved.

By vote by way of ballot, the ordinary resolution to approve the unallocated options under the Company's stock option plan, as more particularly set out in the Management Information Circular, was approved as follows:

Questerre is leveraging its expertise gained through early exposure to shale and other non-conventional reservoirs. The Company has base production and reserves in the tight oil Bakken/Torquay of southeast Saskatchewan.  It is bringing on production from its lands in the heart of the high-liquids Montney shale fairway. It is a leader on social license to operate issues for its Utica shale gas discovery in the St. Lawrence Lowlands, Quebec. It is pursuing oil shale projects with the aim of commercially developing these significant resources.

Questerre is a believer that the future success of the oil and gas industry depends on a balance of economics, environment and society. We are committed to being transparent and are respectful that the public must be part of making the important choices for our energy future.