The Shirley-Pennsboro System gathers and transports gas in the core wet gas region of the Marcellus Shale in West Virginia across Doddridge, Tyler, Ritchie, and Pleasant counties and currently has approximately 180 million cubic feet equivalent per day of flowing production.

“This transaction is a win-win for both CNX and CNXM,” commented Nicholas J. DeIuliis, CEO of CNX and CNXM. “For CNX, the transaction provides significant cash proceeds that effectively return the investment we made for our acquisition of Noble Energy’s general partner interest in CNXM. Also, in connection with the acquisition, CNX and CNXM have agreed to amend the existing gathering agreement to provide for a minimum volume commitment (MVC) with respect to the Shirley-Pennsboro System. This operating area was the largest growth contributor to CNX’s 2017 Marcellus Shale volumes and will continue to be a growing part of CNX’s future production.”

“For CNXM, this transaction complements the MLP’s growth outlook, as previously highlighted, and demonstrates the commitment and value-creation opportunities under the new single-sponsor ownership structure,” continued Mr. DeIuliis. “The Shirley-Pennsboro System is already well-capitalized, and the timing of the transaction is ideal for CNXM as it is able to capture the volume growth as it executes near-term capacity expansion projects, with CNX volumes rapidly filling that capacity. The transaction is substantially de-risked through the MVC, which covers approximately 70% of CNX’s planned production in the Shirley–Pennsboro operating area, resulting in approximately $400 million in revenue for CNXM through 2031. Additionally, this transaction is expected to add $22 million to $24 million of 2018 EBITDA for CNXM on a full year pro forma basis, with substantial EBITDA growth expected beyond 2018. CNX expects a negligible impact to 2018 EBITDA guidance since a transaction was contemplated in its prior guidance numbers.”

The transaction represents the initial dropdown of assets by CNX to CNXM following CNX acquiring Noble Energy’s GP and DevCo interests in CNXM, which closed on January 3, 2018. CNX continues to hold approximately 21.7 million common units, or 34.2%, of the common units of CNXM, along with 100% of the general partner interest, and the incentive distribution rights in CNXM.

The transaction was approved by the CNXM’s Board of Directors’ Conflicts Committee, which consists entirely of independent directors.

Latham & Watkins LLP served as the legal advisor to CNX. The Conflicts Committee of the Board of Directors of CNXM was advised by Evercore on financial matters and Baker Botts L.L.P. on legal matters.

Lastly, CNX and CNXM will provide additional guidance information in conjunction with the upcoming Analyst and Investor Meeting.

Note: CNX Midstream Partners LP is unable to provide a reconciliation of projected Adjusted EBITDA to projected operating income, the most comparable financial measure calculated in accordance with GAAP, due to the unknown effect, timing, and potential significance of certain income statement items.

CNX and CNXM will host a joint Analyst and Investor Meeting in Pittsburgh, Pennsylvania on Tuesday, March 13, 2018.

The Analyst and Investor Meeting, which is expected to last approximately four hours, will feature presentations from members of CNX’s and CNXM’s senior leadership teams followed by a question and answer session.

Following the conclusion of CNX’s portion of the Analyst and Investor Meeting, which the company expects to be approximately three hours, certain members of the senior leadership team from CNXM will make a presentation followed by a question and answer session.

A live audio webcast of the Analyst and Investor Meeting will begin at 8:30 a.m. Eastern Time and can be accessed by visiting the investor relations portion at each company’s website, at www.cnx.com and www.cnxmidstream.com. The replay of the webcast will be available for approximately 30 days. Additionally, a comprehensive slide deck will be posted to each company’s website (under the “Events” tab) to coincide with the onset of the meeting.

CNX Resources Corporation (NYSE: CNX) is one of the largest independent natural gas exploration, development and production companies, with operations centered in the major shale formations of the Appalachian basin. CNX deploys an organic growth strategy focused on responsibly developing its resource base. As of December 31, 2017, CNX had 7.6 trillion cubic feet equivalent of proved natural gas reserves. CNX is a member of the Standard & Poor’s Midcap 400 Index. Additional information may be found at www.cnx.com.

Effective November 28, 2017, the company known as CONSOL Energy Inc. (NYSE: CNX) separated its gas business (GasCo or RemainCo) and its coal business (CoalCo or SpinCo) into two independent, publicly traded companies by means of a separation of CoalCo from RemainCo.

CNX and CNXM are including the following cautionary statement in this press release to make applicable and take advantage of the safe harbor provisions of the Private Securities Litigation Reform Act of 1995 for any forward-looking statements made by, or on behalf of us.  With the exception of historical matters, the matters discussed in this press release are forward-looking statements (as defined in 21E of the Securities Exchange Act of 1934 (the “Exchange Act”)) that involve risks and uncertainties that could cause actual results to differ materially from projected results. Accordingly, investors should not place undue reliance on forward-looking statements as a prediction of actual results. These forward-looking statements may include projections and estimates concerning the timing and success of specific projects, including the Shirley–Pennsboro transaction, and our future production, revenues, income and capital spending. When we use the words “believe,” “intend,” “expect,” “may,” “should,” “anticipate,” “could,” “estimate,” “plan,” “predict,” “project,” “will,” or their negatives, or other similar expressions, the statements which include those words are usually forward-looking statements. When we describe a strategy that involves risks or uncertainties, we are making forward-looking statements. The forward-looking statements in this press release speak only as of the date of this press release; we disclaim any obligation to update these statements. We have based these forward-looking statements on our current expectations and assumptions about future events. While our management considers these expectations and assumptions to be reasonable, they are inherently subject to significant business, economic, competitive, regulatory and other risks, contingencies and uncertainties, most of which are difficult to predict and many of which are beyond our control. These risks, contingencies and uncertainties relate to, among other matters, the following: the Shirley–Pennsboro transaction may not be consummated or the benefits contemplated therefrom may not be realized; the effects of changes in market prices of natural gas, NGLs and crude oil on CNX’s drilling and development plans and the volumes of natural gas and condensate that are produced on CNXM’s dedicated acreage; changes in CNX’s drilling and development plans in the Marcellus Shale and Utica Shale; CNX’s ability to meet its drilling and development plans in the Marcellus Shale and Utica Shale; the demand for natural gas and condensate gathering services; changes in general economic conditions; competitive conditions in our industry; actions taken by third-party operators, gatherers, processors and transporters; our ability to successfully implement our respective business plans; and our ability to complete internal growth projects on time and on budget.  You should not place undue reliance on our forward-looking statements.  Although forward-looking statements reflect our good faith beliefs at the time they are made, forward-looking statements involve known and unknown risks, uncertainties and other factors, including the factors described in detail under the captions “Forward-Looking Statements” and “Risk Factors” in our annual report on Form 10-K for the year ended December 31, 2017 filed with the Securities and Exchange Commission, as supplemented by our quarterly reports on Form 10-Q. We undertake no obligation to publicly update or revise any forward-looking statement, whether as a result of new information, future events, changed circumstances or otherwise, unless required by law. 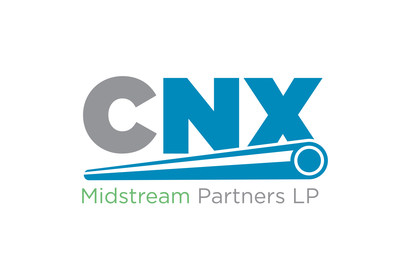