Clearview Resources Ltd. (“Clearview” or the “Company”) is pleased to announce its financial and operational results for the three and six months ended June 30, 2019. 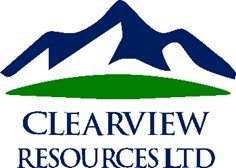 For the three months ended June 30, 2019, Clearview’s results included the assets, acquired earlier in the year, for the full quarter. The production from the assets averaged approximately 230 boe/d, including oil production averaging approximately 90 bbl/d.  Production for the second quarter of 2019 was up 15% versus the comparative quarter despite several unscheduled turnarounds by operators of midstream facilities utilized by Clearview.  Production of oil increased 56% in the second quarter to 709 bbl/d versus the comparative quarter of 2018.

Subsequent to the end of the quarter, the Company’s lender completed its annual credit facility review and established a limit of $18.5 million.  Documentation of this revised facility is expected to be completed over the next several weeks.

Clearview’s production operations were restricted for the three months ended June 30, 2019 by unusually wet weather in west central Alberta resulting in poor surface access conditions. Regular repairs and maintenance of some of the Company’s wells and facilities were deferred to the third quarter when dryer surface conditions are anticipated.

Clearview did conduct a significant facility turnaround at its 100% working interest Windfall oil battery. The Company’s production was also impacted by unscheduled and scheduled third party facility turnarounds at its Garrington, Wilson Creek and Niton properties.

Clearview fulfilled its annual Area Based Closure (“ABC”) obligation with the Alberta Energy Regulator (“AER”) for 2019 by fully abandoning certain suspended pipelines. The total cost of these abandonments was approximately $150 thousand.

The light oil differential, which negatively impacted the Company’s realized price for oil and NGLs significantly in the fourth quarter of 2018, has narrowed to more historic levels since then and continues to be supportive of reasonable Canadian light oil prices.  Realized propane and butane prices continue to be under significant pressure in 2019 due to an over supply in the Canadian market.

Clearview’s June 30, 2019 unaudited condensed interim financial statements and management’s discussion and analysis are available on the Company’s website at www.clearviewres.com and SEDAR at www.SEDAR.com.

On behalf of the Board of Directors and all the employees of Clearview, we would like to thank our shareholders for their continued support.

Readers are cautioned that the foregoing lists of factors are not exhaustive. These forward-looking statements are made as of the date of this press release and we disclaim any intent or obligation to update publicly any forward-looking information, whether as a result of new information, future events or results or otherwise, other than as required by applicable securities laws.

The Company’s management uses and reports certain measures not prescribed by International Financial Reporting Standards (“IFRS”) (referred to as “non-GAAP measures”) in the evaluation of operating and financial performance.