Last Friday we finally got confirmation of where all the natural gas supply has been coming from as Cabot (COG) reported its earnings. Just like Chesapeake (CHK), they reduced natural gas output, but on a much grander scale. CHK has yet to report and will do so on May 6th providing even more color on the subject. Last month they announced a 2% reduction in NGAS volumes to 1-3% for 2015 vs. 3-5%. But the ramp up of supply from Marcellus, and to a lesser extent Utica, and a corresponding flat [Read more] The upstream oil and gas industry is not a black hole. There's no mystery wrapped in an enigma here. There are a lot of meetings with engineers, chemists and geologists. There's a constantly evolving learning curve. And then there's all the regulations and compliance. But all-in-all it's pretty straight forward, that is, until the media gets a hold of it. That's when it becomes complicated. It's as though we are getting reports from the mysteries of the deep ocean or life in the great [Read more] Oil’s rapid decline since August of last year has been dramatic. To listen to some commentators you would also think it is unprecedented and irreversible. Those claiming that oil will continue to fall from here and remain low for evermore, however, are flying in the face of both history and common sense. The question we should be asking ourselves is not if oil prices will recover, but when they will. Figure 1: Inflation adjusted WTI since Jan 1985. Chart from Macrotrends.net From June [Read more]

If you have been following the price of oil over the last few months, the chances are you're a little confused. On the one hand you have the likes of A. Gary Shilling who, in this Bloomberg article, loudly trumpets the prospect of oil at $10/Barrel, and on the other there is T. Boone Pickens, who, at the end of last year was predicting a return to $100 within 12-18 months. Pickens prediction has moderated somewhat as WTI and Brent crude have continued to fall, but in January he was still saying [Read more]

It may be difficult to look beyond the current pricing environment for oil, but the depletion of low-cost reserves and the increasing inability to find major new discoveries ensures a future of expensive oil. While analyzing the short-term trajectory of oil prices is certainly important, it obscures the fact that over the long-term, oil exploration companies may struggle to bring new sources of supply online. Ed Crooks over at the FT persuasively summarizes the predicament. Crooks says that [Read more]

In last week’s article I posted a chart from the International Energy Agency’s recent Oil Market Report that shows global demand for refined products catching up to supply by the 3rd quarter of this year. My opinion is that all of the analysts who are now blaming the sharp drop in oil prices on a “glut” of supply could change their tune quickly as consumers adjust to lower fuel costs. Just as higher costs reduce demand for any commodity, lower costs will increase demand. This is especially true [Read more] Exporting crude oil and natural gas from the United States are among the dumbest energy ideas of all time. Exporting gas is dumb. Exporting oil is dumber. The U.S. imports almost half of the crude oil that we use. We import 7.5 million barrels per day. The chart below shows the EIA prediction that production will slowly fall and imports will rise (AEO 2014) after 2016. This means that the U.S. will never be self-sufficient in oil. Not even close. What about the tight oil [Read more] 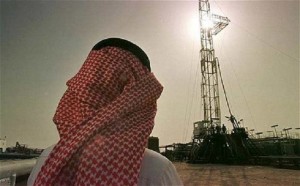 As we ring in the New Year, let's take stock of where we are at with the oil markets. 2014 proved to be a momentous one for the oil markets, having seen prices cut in half in just six months. The big question is what oil prices will do in 2015. Oil prices are unsustainably low right now – many high-cost oil producers and oil-producing regions are currently operating in the red. That may work in the short-term, but over the medium and long-term, companies will be forced out of the market, [Read more] Low oil prices today may be setting the world up for an oil shortage as early as 2016. Today we have just 2% more crude oil supply than demand and the price of gasoline is under $2.00/gallon in Texas. If oil supply falls too far, we could see gasoline prices doubling within 18 months. For a commodity as critical to our standard of living as oil is, it only takes a small shortage to drive up the price. On Thanksgiving Day, 2014 Saudi Arabia decided to maintain their crude oil output of [Read more]