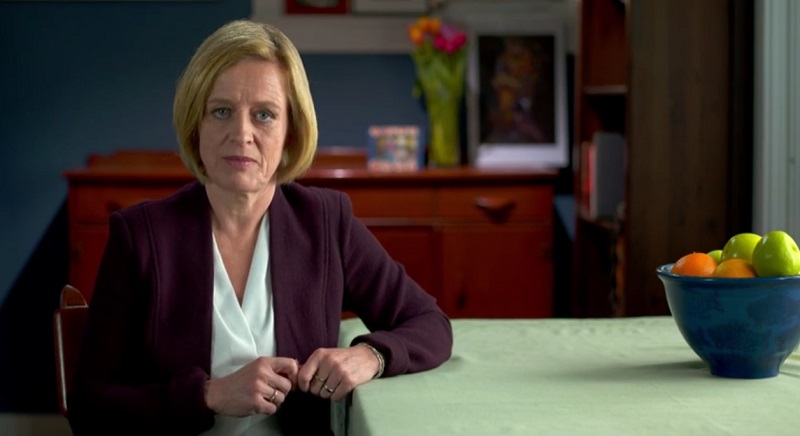 EDMONTON – The blueprints are completed, so Alberta Premier Rachel Notley will begin hammering and sawing away at Alberta’s energy base and economy in the coming year, in some cases stripping it down to the studs.

“I reserve my right to come out with a couple of extra things, but I think at this point you’ve seen the majority of (the plan),” Notley said in a year-end interview with The Canadian Press.

“Now it’s about implementing and executing.”

They’re changes that follow a tumultuous 2016 — the first time in 45 years Alberta was governed for 12 consecutive months by a party not named the Progressive Conservatives.

On Jan. 1, gas at the pumps goes up 4.5 cents a litre. Home heating and business fuels go up, too, as Alberta’s carbon tax kicks in.

The government estimates the average family will pay $443 more in 2017, but opposition members say it will be at least double that as the carbon tax dominoes through the economy and consumers pay for it through higher prices.

Notley has been labelled a double dealer, not explicitly running in the election on a carbon tax but nevertheless implementing one.

She is also depicted as a haughty, detached Marie Antoinette, shuttled around in a government-issue SUV while telling Albertans to avoid the brunt of the tax by changing their lifestyle, walking more, maybe taking more public transit.

“There’s been a lot of hyperbole out there,” said Notley.

“The increase that people will see at the gas tank on Jan. 1 will be smaller than the differential between gas sold on 109th (Street) and 99th (Street in Edmonton) on the same day.

“Most people will realize that this doesn’t suddenly mean that they have to park their car and walk to work, although quite frankly the more people who start thinking about that, the better.

“Because (doing so) is healthy … and it really is about getting people to use less emissions.”

About two-thirds of Alberta families — those in the middle-to-lower income brackets — will get partial or full rebates.

The thinking is those who don’t qualify have the extra discretionary income and will be able to take part in upcoming rebate programs for energy efficiency.

The money from the carbon tax, estimated at $3 billion this year, will be used for green projects, including more public transit.

The tax is one plank in Notley’s climate change plan.

In 2016, the province struck a deal to compensate power producers as they phase out coal-fired power by 2030, replacing it with more natural gas and a mix of renewables such as wind, solar, and hydro.

To ensure the lights stay on, the government is backstopping the new electricity grid with loans and paying producers, not just for power used, but to have a surplus on hand to prevent shortages. Rates will be capped in the short term to shield ratepayers from price spikes.

Opposition members have branded the plan a reckless multi-billion-dollar ideological experiment that will make Alberta less competitive in the global marketplace and further punish families struggling to find work.

The province is hoping incentive programs will diversify the economy and create jobs.

This year’s budget deficit is pegged at $10.8 billion.

It all means added stress.

Notley said to help offset that, she upped her daily running regimen and in October ran a half marathon in Vancouver.

To lighten the load, she also admitted to crossing the floor.

It was on Dec. 12, about 10 o’clock at night, on the second last day of a gruelling fall sitting.

Notley sat in the middle in the front bench with government house leader Brian Mason. Across the aisle she noticed the old desks she and Mason occupied as a two-member opposition were empty.

“So I said, ‘Hey Brian, let’s go sit over there,'” recalled Notley.

So they did, walking past the arched eyebrows of the sergeant-at-arms to sit in their old spots in the corner.

They chirped at the PCs a bit, then looked across at the sea of seats now occupied by their own caucus.

“It was kind of a nice moment,” said Notley.

No, she added, she didn’t heckle.