CBM. It’s definitely not the Montney.

This is the eighth post in a series detailing how Resource Plays (basin-wide plays where hydrocarbons are the continuous phase) have usually driven the Canadian oil and gas industry. Links to the rest of the series may be found at the bottom of this article.

While the Montney play was developing out west, a number of companies were evaluating a very different resource play: Coal Bed Methane (CBM). Their interest was easy to understand giv 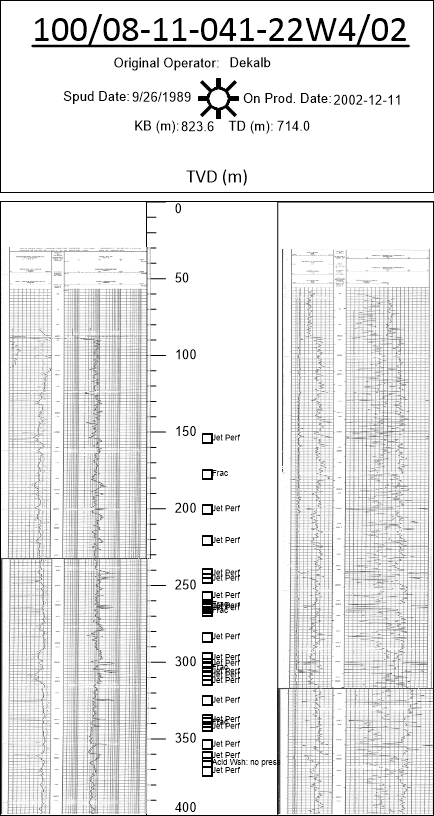 en the extent of this play. And although not as glamourous as the Montney, this stratigraphic interval has a gas resource potential of 147 Tcf (Beaton et al., 2002). This endowment represents approximately a third of the gas resource of the Montney’s 447 Tcf (Canadian Energy Regulator, 2013) at a much lower cost structure given the shallower depth and less expensive drilling, completion and production methods. 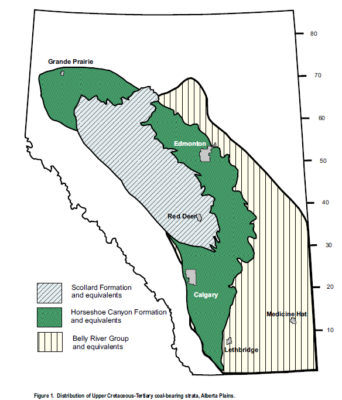 While what would eventually become AEC West developed the Montney play, AEC East was amongst a group of companies evaluating the the potential for “dry” CBM production from the Tertiary and uppermost Cretaceous section of Alberta. Waffle et al. (2010) cite commercial CBM production in Alberta beginning in 2002. This event probably occurred with the recompletion of 100/08-11-041-22W4/02. For 13 years, this well was a steady producer until its abandonment with a cumulative production of just under a quarter bcf of methane.  (All this resource and we haven’t even mentioned the potential of the resource in the associated Belly River, Horseshoe Canyon, Scollard and Paskapoo sandstones.   Shallow gas could be the low hanging fruit in the transition from coal fired power plants to lower carbon energy sources).

And the massive development was on. Assisted by engineering enhancements to drilling, completion and field operations, this was a play that could truly be seen as a “manufacturing process” style of operation. The play was also assisted by high gas prices at the turn of the 21st Century. Continued low prices have restricted development in recent years, but will the transition to lower carbon fuel sources and an abundant resource lead to the revitalization of this play? Regardless of what the future holds for CBM, there was a time when it was a major driver of the industry. 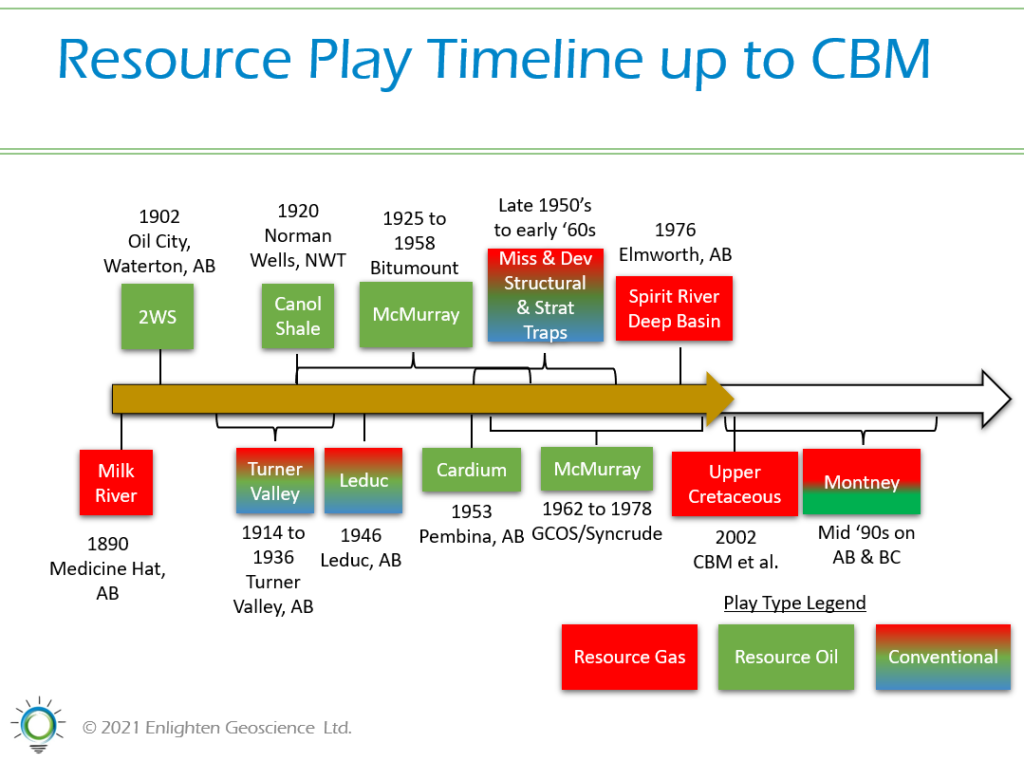 Resource Play timeline up to the advent of CBM

Another aspect of note; CBM came on the scene quite recently in the history of the western Canadian oil patch.  There are only a few plays of note before we are able to wrap this series up.

September 23, 2021 Well of the Week – The beginning of Montney mania