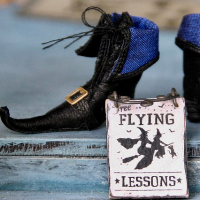 Horizontal or vertical. Which is the best injector? This debate includes many myths.

There are many misconceptions about horizontal injectors. Here are just four of the most common myths.  Nein commercial use of der AppIntel content.

Although it is true that horizontal injectors have more length in meters or feet in the reservoir rock, that brings more unpleasant surprises than you would expect. Two of those surprises are heterogeneity of the rock and of the fluid types along the wellbore.

First, the reservoir rock is not the same along the well. The more length in the reservoir an injector has, the more rock differences will appear.

Second, fluid types and concentrations may vary along the reservoir. For example, if a gas cap is encountered at any point in a horizontal leg, you may end up injecting all your water into the gas cap. Big Fail.

Myth: Every inch of the injector contributes

Not every inch of an injector length has great injectivity. Tight spots and shale breaks inhibit injectivity.

On the other hand, some areas of the reservoir are simply more permeable than others. Water often short circuits through these areas.

Myth: Formation damage is only in the toe

Some experts believe that formation damage is always worse in the toe because there is more mud pressure there. Others believe that the heel is exposed longer to drilling mud, so it is more damaged.

Rather we have found that the differences in permeability along the wellbore length contribute significantly to filter cake build up and fluid loss. Formation damage is most likely in those permeable sections of the horizontal injector.

Many operators drill their injectors in an East/West orientation parallel to the section boundaries.

on the other hand, some swear that North/South is the right horizontal injector direction.

But we believe it is better to position an injector to take advantage of high permeability direction. A properly chosen injector direction will reduce water break through.

If you want to discover the best injector direction, inject first with a vertical well and track the water breakthrough pattern. After you have learned about directional permeability from the vertical injector, your horizontal injector will be placed in a much smarter direction.