CALGARY, Alberta - Imperial Oil Limited (TSE: IMO, NYSE American: IMO) announced today that it has taken up and paid for 32,467,532 common shares (“Shares”) at a price of $77.00 per Share (the “Purchase Price”) under Imperial’s offer (the “Offer”) to purchase for cancellation up to $2.5 billion of its Shares. All amounts are in Canadian dollars. The Shares purchased represent an aggregate purchase of $2.5 billion and 4.9 percent of the total number of Imperial’s issued and outstanding Shares [Read more]

CALGARY, Alberta - Imperial Oil Limited (TSE: IMO, NYSE American: IMO) announced today the preliminary results of its substantial issuer bid (the “Offer”), pursuant to which Imperial offered to purchase for cancellation up to $2.5 billion of its common shares (the “Shares”). The Offer proceeded by way of a modified Dutch auction, which had a tender price range from $62.00 per Share to $78.00 per Share, and included the option for shareholders to participate via a proportionate tender. The Offer [Read more] 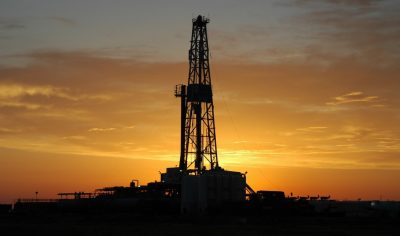 TORONTO - Today, Climate Engagement Canada (CEC) announced the CEC Focus List—forty select TSX-listed companies that will be strategically engaged in a finance-led initiative for the alignment of expectations on climate risk governance, disclosure, and the transition to a low-carbon economy in Canada. Over the next months, engagements with the boards and senior leaders of these organizations will commence in order to spur organizational change. Through constructive dialogue, the forty focus [Read more]

CALGARY, Alberta - Imperial Oil Limited (TSE: IMO, NYSE American: IMO) announced at its annual meeting of shareholders held on May 3, 2022, that each of the seven nominees proposed as directors of the company and listed in its management proxy circular dated March 16, 2022 were elected as directors. A total of 606,381,191 shares (90.62 percent of outstanding common shares) were represented in person or by proxy. The percentage of shares represented at the meeting that were voted to elect the [Read more]

CALGARY, Alberta - Imperial Oil Limited (TSE: IMO, NYSE American: IMO) announced today the terms of its substantial issuer bid (the “Offer”) pursuant to which the company will offer to purchase for cancellation up to $2,500,000,000 of its common shares (the “Shares”). Subject to obtaining certain exemptive relief under applicable securities laws in Canada and the United States, the Offer will proceed by way of a modified Dutch auction that includes the ability for shareholders to participate via [Read more] HOUSTON -Tidewater Inc. (NYSE: TDW) (“Tidewater” or the “Company”) announced today an earnings conference call has been scheduled for Tuesday, May 10, 2022, at 8:00 a.m. Central Time, during which President and Chief Executive Officer Quintin Kneen will discuss results for the three months ending March 31, 2022. Investors and interested parties may listen to the earnings conference call via telephone by calling +1.888.770.7135 if calling from the U.S. or Canada (+1.929.203.0820 if calling [Read more]

HOUSTON - ConocoPhillips (NYSE: COP) today announced that Tim Leach, previously executive vice president, Lower 48, has become advisor to the chief executive officer, effective May 1, 2022. In addition to his new role, Leach will continue serving as a member of the company’s board of directors. In conjunction with this change, the company also announced that Jack Harper, previously president, Permian for ConocoPhillips, and former president of Concho Resources, has assumed the role of [Read more]